Hellloooooooooooo everyone!
I hope all is well.

If you haven’t seen my recent posts on social media… I decided to take a risk and pack everything  I had to travel up North.

I brought a friend along with me to experience this journey. We always talk about going on road trips together and traveling together, so I thought it would be a great idea to take on this road trip together.

Before I start on the key points of this trip… I will say I did have a plan but I didn’t. All I know is that I wanted to travel up North! BUDGET BUDGET BUDGET!! This is one of the problems. Why? If I would have known how many Tolls we had to go through. I would have been more prepared! *eye rolllllll*

This trip for me was an eye-opener. If you noticed, I didn’t wear any makeup the entire trip. I wanted to go as free as possible. I decided to go makeup-less because of many reasons being… I wanted to embrace my natural beauty. Lately, I think I got so wrapped into putting on makeup all the time. I thought, “Girl, you don’t need makeup to embrace your beauty!” What I needed was a BREAK! My face started to break out and everything and I also started drinking a lot more water. So my skin was just all over the place, lol.

Processed with VSCO with g3 preset

Virginia was our first destination. We didn’t realllly get to experience Virginia like we wanted to because we were 20 mins away from Washington so techinally, we were in Washington DC. But I will say while in Virginia, I tried a not so new breakfast to you, but new to me and that’s French Toast. Yeah, I never tried French Toast a day in my life so I decided to try something new for once in my life and it was delicious! ❤

Washington, DC is REALLY the life of the party.  I don’t know what the occasion was but man everyone was out and dressed up to impress! It was amazing at how elegant most people looked downtown in DC. However, my friend Cyn and I obviously didn’t dress accordingly. *eye rolllll*  To be honest, we weren’t expecting Washington to be so LIT on the weekend. We were SHOOK! I had SO much fun dancing my life awayyyy
(Go over to my YT channel to see more events in Washington)
Being in Washington was the most fun I’ve had in my entire life. We saw the Pentagon, The Capital, and  The White House. It was just surreal all over again. I was literally starstruck the entire trip! Lol. Cyn and I were SOLD!

Ahh… The city that never sleeps! This was my second time being in New York and of course, starstruck as ever as I was the first time I visited NY. However, I will say…Driving in New York is not whats up! As soon as the light turns green, someone is honking their horn at me or someone is driving super close behind me UGH! (that was the worst) If I ever move to New York… I’m definitely NOT driving! (lesson learned)
I reunited with a beautiful soul of mine! Tushari ❤ It’s been a year since I last seen her. It was a good feeling to reconnect with someone you haven’t seen in a long time!

Omg… guys… Rhode Island was the freaking BEST! hands down. Traveling to Rhode Island for the first time was shocking to me considering the fact, I never been anywhere past New York. I took soooo many pictures and films in Rhode Island, it’s crazy! I didn’t know they have 3 beaches! Rhode Island is a very historic place and I learned A LOT of History while I was there. We visited the Cliff Walk, The Mansions, Restaurants, and much more! I wish we spent more time in Rhode Island. My friend Cyn is from there so she’s like… “You really love this place?” and I’m like, “YEAHHHH!” I was hyped! Lol!

Processed with VSCO with m3 preset

Leaving Everything Behind to Travel Part 2 on my experience in Rhode Island will be uploaded later this week!
I wanted to break the trips up because 1…The video would of been MAD long. 2… I filmed a lot of footage in Rhode Island.

These are the places I visited as a graduation gift and now it’s back to reality 😦
I really enjoyed this trip so much. This was the best trip so far. I can’t wait to travel to the West Coast and out of the country.

One thought on “LEAVING EVERYTHING BEHIND TO TRAVEL! | Post Grad” 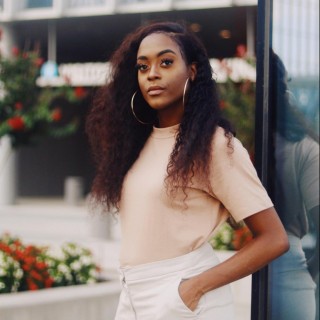 Meet Krystal Lynn! She's a grad student with a passion of film-making, traveling, and photography! She shares her experiences as a young adult living in the real world. Come tag along with her and share your life experiences!

Find what you’re looking for here.